Behind the Scenes of the Keighley Abuse Case 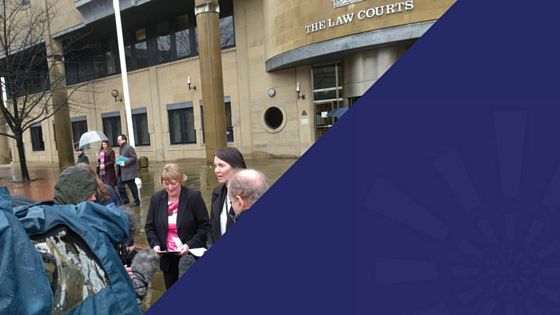 Just under a year ago, May 2015, 14 men were charged with raping an under age girl (Read more here). Early on Friday morning (5th Feb), Equilibrium Risk received a phone call to provide specialist protection to a camera crew filming the outcome of the case at Bradford Crown Court. The group had already been found guilty at an earlier hearing, this hearing was purely for the sentencing and the film crew were worried it could turn nasty.

In actual fact nothing happened on Friday: 12 defendants, 14 barristers: it was a long day. So long in fact, it was adjourned until the start of the following week. But it didn’t take long for Monday (8th Feb) to arrive. The whole hearing, as you can imagine, was conducted behind closed doors, with only a limited number allowed in the Courtroom itself. Our reporter was one of the lucky few, while the rest of us mere mortals were forced to wait outside.

The Police were out in force both inside the building, where a small gang of friends were congregating, and outside, trying to shelter from the rain (thank you Storm Imogen). And while all the action happened in the Courtroom, we waited outside trying not to get wet. As it turned out, we didn’t have to wait long. Just before lunch we received the phone call from our well-placed reporter to get ready and prepare the camera. The hearing was over and the Crown Prosecution Service (CPS) and the Police were going to make a statement.

Setting up for the perfect camera position is never an easy task for a camera man, especially when he has me trying to make plans if things go wrong. A camera crew is a target, especially for members of the public wanting to make a statement. Emotions were bound to be running high inside the court room and I had no idea what would happen when they all came out. We placed the camera so we had a good shot of the front of the building, the camera man wanted to get the Crown Court emblem in, but I ensured that we had an easy escape route. All kit was in easy reach, nothing was left out and the van was less then 20m away. If anything got nasty, I was confident I could get the crew and all the kit back to safety quickly. That was my aim, to keep the crew from getting harmed, and if possible, safeguard the camera and sound equipment.

The sentencing had been conducted, the gang had received 130 years imprisonment collectively, the ring leader getting 20 years. The group of friends outside the Courtroom, I imagined would not be best pleased. Who knows what mood they would be in.

This time though, the preparation was enough: the interviews and statements conducted quickly and efficiently and the crew and camera equipment was safely returned to the vehicle. Security is 90% and 10% action. Luckily enough for me today, it was only the 90%. 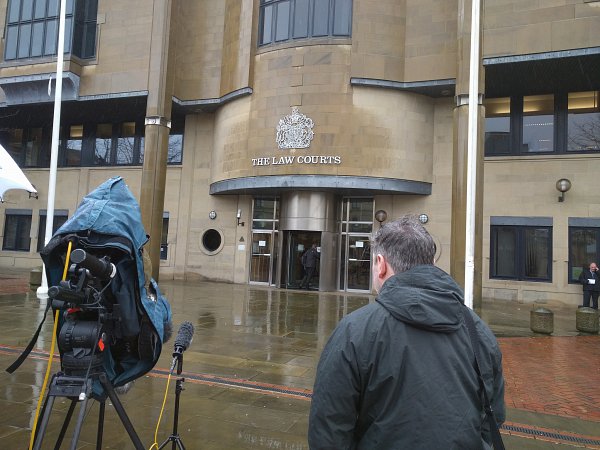 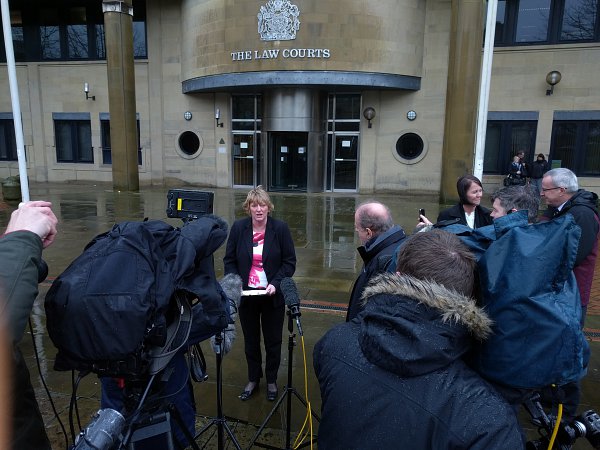