Active and Passive Surveillance systems are two different ways you can use a CCTV systems in your businesses.

In this blog, I have discussed some of the positives and negatives of the systems, as well as some examples.

If you are looking to use a CCTV system in your business, look at our CCTV checklist. 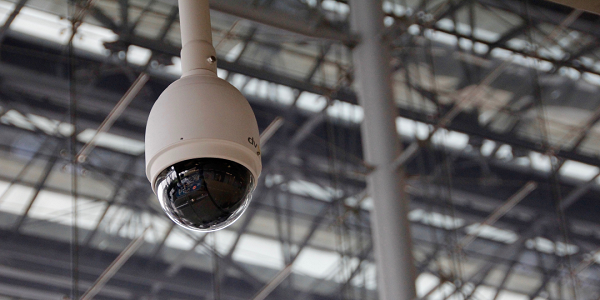 Using CCTV in this passive way, care should be taken to ensure the camera provides the information you require. For example, if you want to use the video footage to be used to identify an intruder, you should ensure the subject fills a large space of the image.

Passive surveillance can be augmented with the introduction of video analytics. With the smart use of software, the Video Management System (VMS) can be programmed to react to certain circumstances. For example, if a person is detected in a certain area the system can start to record the event.

The benefit is using passive surveillance in this way, you can:

Active surveillance is a type of surveillance which actively monitors and responds to a specific threat/ unwanted situation. This monitoring can be by a security guard watching a monitor, or with the use of Video Analytics and Artificial Intelligence (AI).

In the event of an unwanted situation, active surveillance will notify relevant authorities (Police, security monitoring station, staff, etc) to initiate a timely and accurate response to the security breach.

Motion sensors are a good example of active surveillance: they pick up on movements from within an area and can trigger an alarm to a control monitoring room to initiate a response.

The use of Video Analytics and AI with CCTV systems over the last few years has accelerated. With the right system (hardware), more advance video analytics can also perform such tasks as:

All of which have the option of triggering a timely and accurate response. For more information on these, please get in touch.

The benefits of using an active surveillance system means that a security breach is responded to speedily and effectively, reducing the impact of an event and hopefully saving the organisation money.

When choosing what type of surveillance to use with your CCTV system, it is important to define what you are trying to achieve (or prevent) in the first place.

Although, active surveillance may be more expensive, it is waste of money procuring a system that doesn’t achieve your aim in the first place.