Is Coronavirus a Crisis? 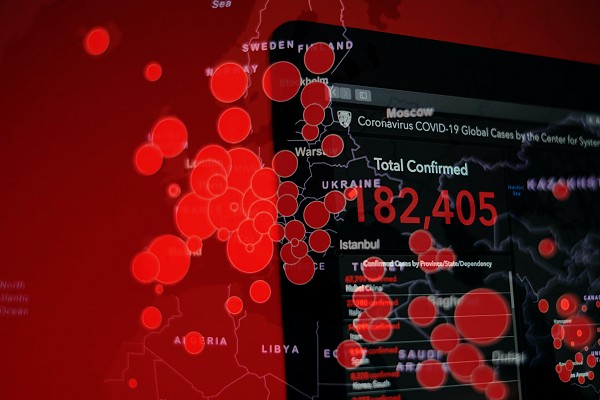 Just over 9 years ago, a massive earthquake hit Japan causing a tsunami which hit one of their nuclear power stations at Fukushima and triggered a meltdown. A consequence of this catastrophic event was the death of 18 500 people while 160 000 were forced from their homes. The subsequent report cited that the direct causes of the accident were all foreseeable prior to the event. There had been a complete failure to develop the most basic of security requirements: assess the probability of damage, prepare for such a disaster and develop contingency plans, such as evacuation plans for the public in case of radiation release.

Now there is no doubt that Fukushima was a crisis but is the current coronavirus pandemic in the UK a crisis?

Have we taken the most basics of security management steps? Are we justified in struggling to deal with this situation? As a business, should we have been more prepared?

The two words that are most attributed with a crisis are unprecedented and overwhelming.

Unprecedented means that it is exceptional, not the norm. But is there an example of this happening before?

In short, yes! SARS in 2003 and MERS is 2012, both were Coronavirus outbreaks, H1N1 or swine flu in 2009, an influenza outbreak, and Ebola in 2014, and those are only the ones I can remember. I am sure if I did a bit more research, I could find countless more.

So, can we say it’s unprecedented? There is a precedent, we have seen it before.

How about overwhelming? One of the things that makes an incident overwhelming is the lack of an end position, not knowing where it is going to go, or what the repercussions of decisions will be.

The amount of information is also a consideration, not the lack of, but the sheer quantity of contradictory information. Hampering the ability to make a decision.

And lastly, transportation, have we seen an inability to travel?

Now, I’m not saying that these things haven’t been affected by the pandemic, because they have. We don’t know exactly how it’s going to pan out, but we have an idea. There has been some contradictory information and the transport sector has been affected. But has it been overwhelming?

At the time of writing, it has just been revealed that the Government did know about the possibility of a Pandemic. The 2019 National Security Risk Assessment (NSRA) highlighted it as a VERY HIGH risk, with recommendations to stockpile PPE and create plans to repatriate British citizens stuck abroad. Problems that are a real concern today.

And don’t forget the Bill Gates and Barack Obama clips that have been widely shared on social media. We did know of the possibility of such an event occurring. So why are we so shocked?

You may have heard the quip, “don’t confuse your lack of planning for my crisis”. So, is that what this is, a lack of planning? I suppose that leaves the question, if we (and by we, I mean the Government and businesses) had taken the basic of security management steps would the Pandemic have affected us differently? The answer is undoubtedly, yes.

Before, I end this blog, it would be remiss of me not to shamelessly put links to some security advise we have published. The first, Security Tips for Remote Working and the second, Securing your Property . Take a look, they really are very good!

And we will be announcing our next webinar soon, so keep an eye out for that! (Subscribe here to be notified). We’ll be revealing the secrets to defeating criminals and feeling safer, while saving money.